The 10 Cannabinoids You Should Know About & How They Work

To put it most simply, cannabinoids are the active compounds in cannabis that interact with certain receptors in the human body and can have a wide range of physiological outcomes.

Most animals and many plants (including cacao!) manufacture their own endocannabinoids that are used as signaling messengers between cells. With well over 100 such compounds discovered in cannabis alone, the compounds have quite different outcomes on our brain chemistry and the way different people may feel after consuming them. In our blog, you will learn about ten cannabinoids, the first two being THC and CBD the main cannabinoids found in cannabis, and how they affect our minds and body.

First discovered in 1964, THC (Tetrahydrocannabinol), is the primary cannabinoid that causes the “high” associated with cannabis. For the plants it is isolated from, the compound serves a vital role in protection against pests, UV light, and other environmental stressors. In humans, this molecule mimics the shape of our own internal endocannabinoids, which bind to CB1 receptors in the brain to elicit a variety of effects. For example, THC in the neocortex of the brain results in altered thinking and boosted creativity while the impact on the hippocampus and basal ganglia results in impaired memory and slowed reaction time. The way that THC helps to improve our mood or better deal with stress and anxiety is by moderating the transmission of other neurotransmitters in the brain, such as dopamine and serotonin. By titrating the amount of these natural human-made signaling molecules, consumers can tweak the balance of their own brain chemistry to the bodies’ response to pain, sleep, appetite, anxiety, and insomnia among other things. 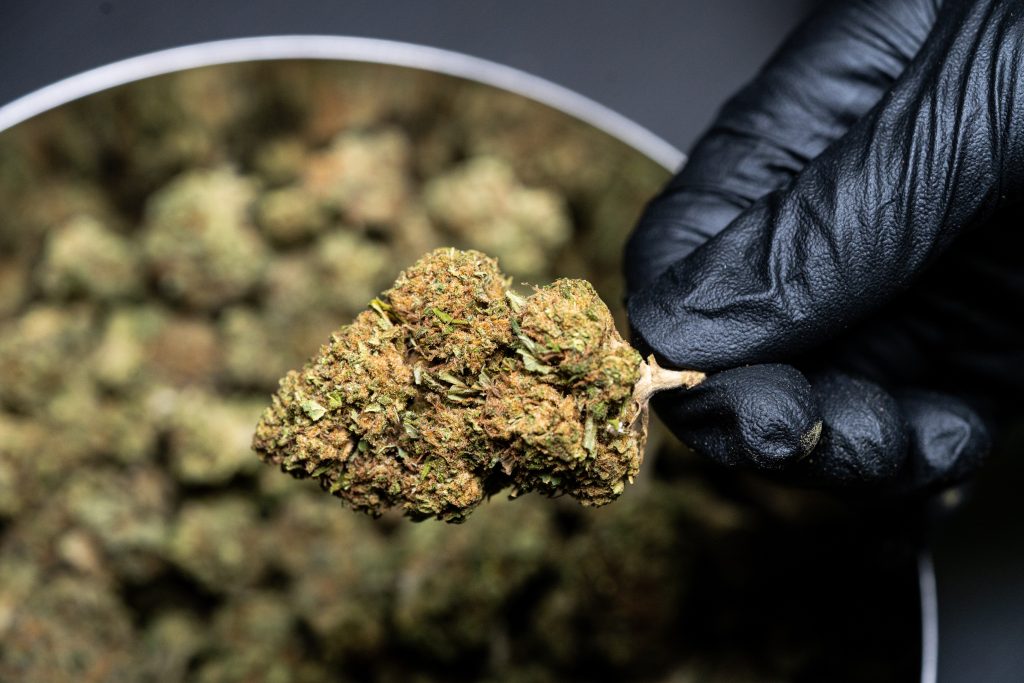 What are some common THC benefits?

Aside from boosting creativity and helping to moderate the pain response, THC can work to alter appetite and arousal by acting on receptors in the hypothalamus. On a physical level, users often report feeling a ‘body high’ that is deeply relaxing and can help to soothe pulled muscles, a strained back, or prevent muscle spasms. THC is also a popular course of treatment for nausea and loss of appetite for those experiencing side effects from chemotherapy or other pharmaceuticals. THC may also have an effect on user’s heart rate and coordination, so newcomers should start low and go slow to make sure they don’t overdo it. Too much THC in your system often leads to sleepiness, but can also manifest as anxiety.

CBD is gaining much more credibility in the scientific community. It is very similar in shape and chemical formula to THC, but carries none of the psychoactive traits. This is because CBD does not have a great binding affinity for the CB1 Receptors in the neurons of the brain, but instead favours a linkage with the CB2 receptors that are found throughout the body – mainly in immune cells that circulate in the bodies bloodstream. When looking for CBD products to buy on Vancouver Island, check out our spacious Langford, BC location, or our brand new location in Nanaimo! 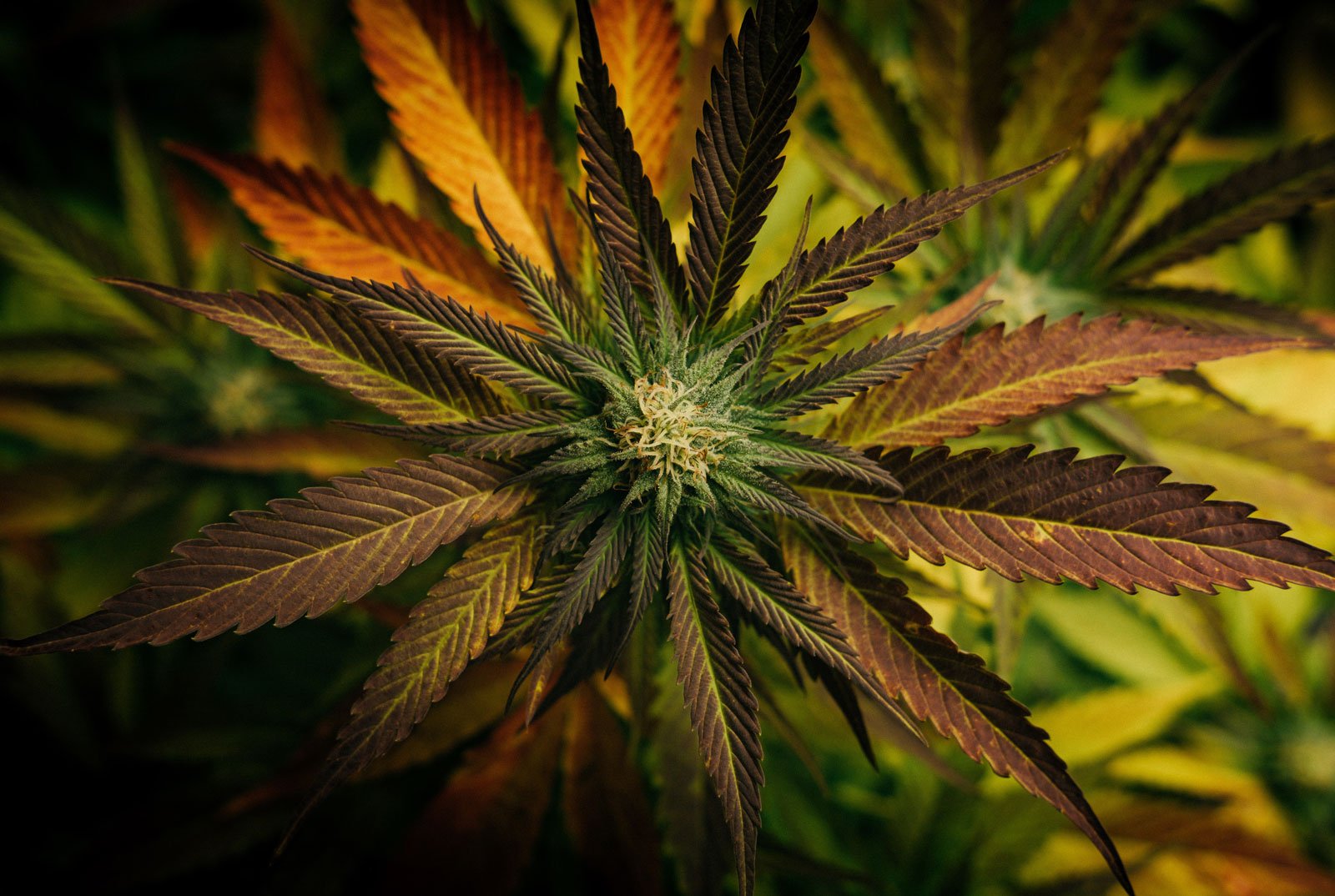 What are some common CBD benefits?

Since its discovery in 1940, CBD has been observed to impact a number of human health challenges in a very positive way. As a new subject in clinical research, many of these potential benefits have not been verified to allow for specific medical claims to be made. With that said, we do know that CB2 receptors act like a cellular switch – which can turn on or off certain cellular responses such as the inflammatory response. Some Canadian researchers are now investigating the benefits of using CBD as a measure of preventative health maintenance – ensuring the body has an adequately maintained level of homeostasis.

What are the other common cannabinoids found in Cannabis?

Together THC and CBD represent roughly 40% of the cannabis plant’s extract. Aside from this dynamic duo, we have a long list of other cannabinoids which are being met with more curiosity from the research community as well as everyday cannabis consumers seeking to elevate their knowledge.

Tetrahydrocannabinolic Acid is the form THC takes in the raw, living plant. This molecule is too large to fit the human CB1 receptors, therefore it is not psychoactive.  This is until of course, decarboxylation happens (when curing, baking, or smoking your product) which drops a portion of the physical structure to become the simpler and smaller THC. You may see THCA advertised as ‘diamonds’, or THC crystals, and indeed in its pure form, the substance appears like small white or amber crystals that vary in size. It only has psychoactive traits once it has reached the heat threshold for activation – which can easily be accomplished with a vape pen or Dab Rig.

Tetrahydrocannabivarin is an antagonist (blocker) of CB1 receptors in the brain, which may mitigate the stronger psychotic effects of high THC strains. As a by-product of this, it is also useful as an appetite suppressant and has proved to reduce appetite in mice. It is however an agonist for systemic CB2 receptors, which may accelerate the benefits of CBD and other endocannabinoids. THCV occurs naturally in South and West African Sativa strains as well as Indica from China, India, Nepal, and Afghanistan.

Cannabidiolic Acid is the precursor to CBD. CBDA becomes CBD through decarboxylation. This cannabinoid does not bind directly to any CB receptors, but influences the endocannabinoids system (ECS), by blocking an enzyme called COX-2 and halting the inflammatory response.

Cannabidivarin is another non-psychoactive cannabinoid that functions similar to CBD. It possesses anti-inflammatory properties and helps to reduce convulsions or epileptic seizures. CBDV is found in landrace strains from northwestern India and Nepal.

Cannabigerol binds both CB1 and CB2 receptors at once, without the psychotropic effects. It may have a role to play in regulating appetite and sleep, as well as pleasure and motivation. CBG is rare (roughly 1% of all extracted cannabinoids) because most of it is converted into THC and CBD.

Cannabigerolic Acid is the precursor to CBG. CBGA becomes CBG through decarboxylation. CBGA, sometimes referred to as the ‘granddaddy’ of all cannabinoids, as it is fundamental in the synthesis of all cannabinoids. When used directly, CBGA may have a benefit in reducing oxidative stress that leads to heart disease. Research is currently being conducted to investigate the use of CBGA in the treatment of other medical conditions.

Not to be confused with the news station, Cannabichromene is not psychoactive and may promote neurogenesis (the growth of new brain tissue) as well as being an anti-inflammatory and antimicrobial agent.

Cannabinol is essentially the ‘aged’ form of THC after it naturally degrades from heat, light, or prolonged oxygen exposure. It works much in the same fashion as THC but is more sedative effect and only mildly psychoactive. CBN works on both the CB1 and CB2 receptors but has a lower binding affinity than THC. 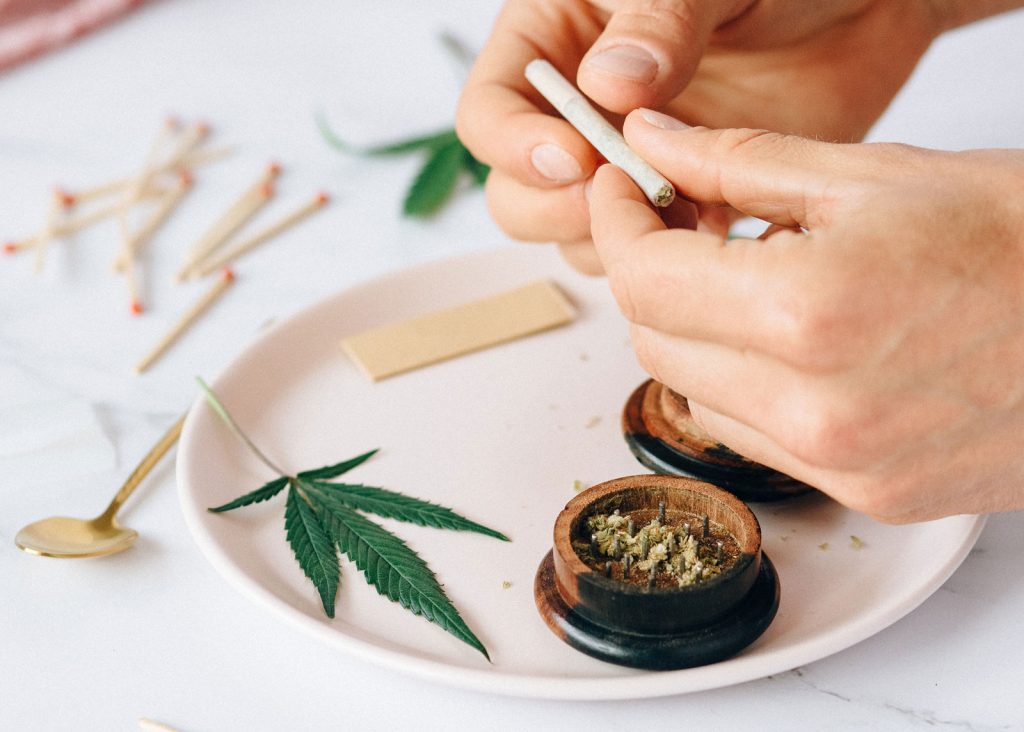 How do cannabinoids work in the human body?

All of these molecules are again just the most abundant cannabinoids naturally occurring in Cannabis, but there are hundreds more. Some products are labeled “full-spectrum” as they contain the most cannabinoids found in the plant at the time of harvest. This allows consumers to experience the synergistic effect (sometimes referred to as the entourage effect) in which the cannabinoids all work together. These signaling molecules will either have an activating effect on cannabinoids receptors or a blocking effect that inhibits certain intra-cellular signals.

Where to find high THC and high CBD cannabis on Vancouver Island?

At Flight Cannabis, your locally owned and operated legal dispensary in BC, you can find many of the latest Canadian-grown high THC and high CBD products. Visit any of our bright and comfortable locations to enquire about which products could be a good fit for you. If you prefer to do your own research online, you can now browse our entire menu on our online store by selecting our Langford or Nanaimo locations and take advantage of our great monthly specials. Want updates on our latest blog? Join our Flight Newsletter and receive free Flight Cannabis rolling papers! Sign up here. 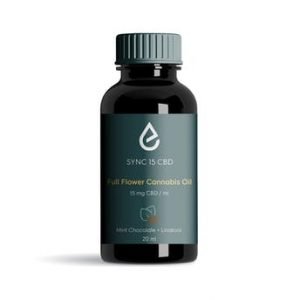 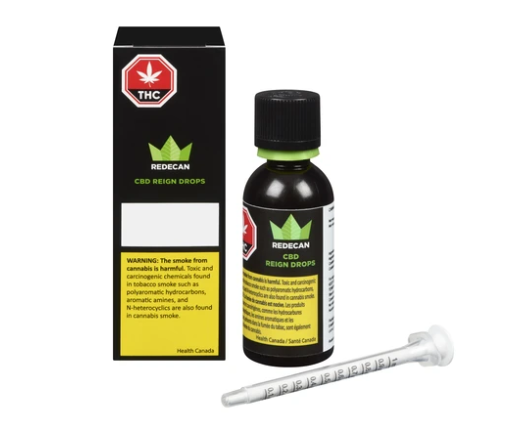 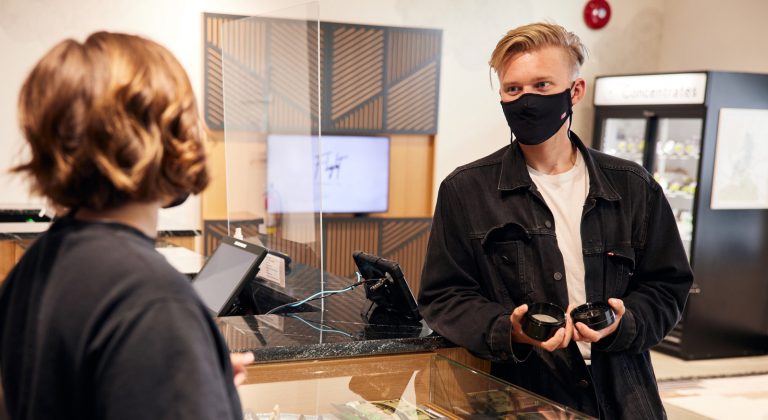 Must Have Cannabis Accessories for 420 Connoisseurs on Vancouver Island

Thinking of the right gift for the cannabis-lover in your life? We’ve got the cannabis gift guide for you! 10 of the most popular products for your cannabis connoisseur. Give a 420-friendly gift! 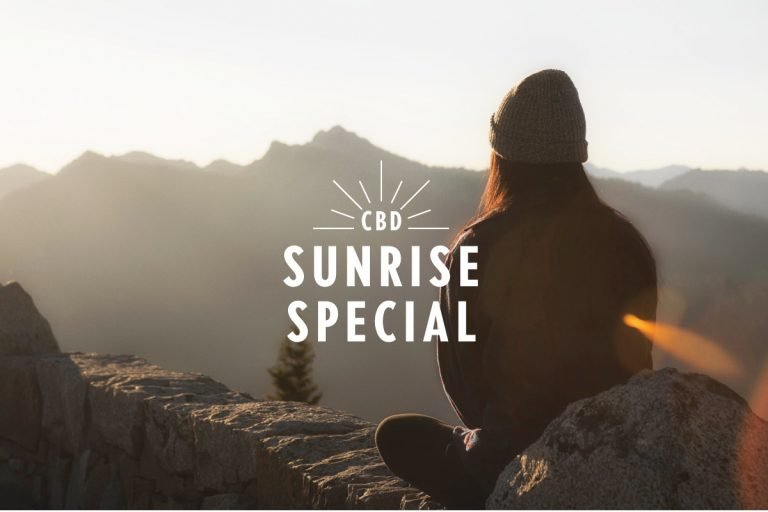 Start your morning feeling good! Our Sunrise Special lets you grab a discount on our CBD dominant products. Not sure what products are right for you? We give you an overview of what CBD products we have and can help you feel better. 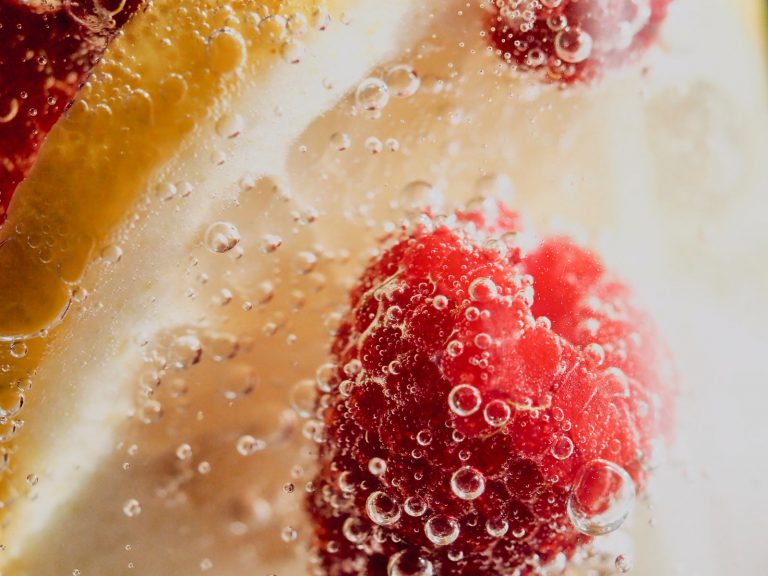 SHOP AT LANGFORD
SHOP AT NANAIMO